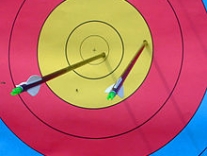 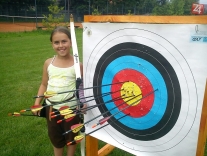 Who would not be for a while Robin Hood?

Bow and arrows are inherent to many a hero, be it said a robber, but, for example. and American Indians.

Archery - thus shooting of arrows using a bow was used in the past by hunting and fighting. Much later became the sport today and Olympic. Competition in archery will be held in the hall and out. The basic archery disciplines include:

target archery - shoot the arrows to aim for accuracy, for a number of distances.

Field Archery - evolved from the classic hunting, but they are not the target of live animals. Archers traverse lines out in small groups and shoot at different positions butt.